Ever since dynamic menus and CSS started to reign the design world, using buttons as part of your website design has become history. But as the phrase goes, do not forget ‘history repeats itself’. Yes, buttons are back now and you might not be surprised if I say they have become potential trendsetters among today’s web developers. Just to add hype to their comeback they are being called the ‘Ghost Buttons’.

Okay, so what are Ghost Buttons exactly?

You have seen those transparent squares and rectangles on websites that you click on to perform any given function; those are ghost buttons. Being transparent is the reason they have got ‘ghost’ as part of their name. The fact that they’re buttons is obvious – they perform some action when clicked. They are usually bordered by a thin line with the inner section having plain text.

Here is a quick gist of their look:

They tend to be bigger than standard colored buttons and beautifully merge within a site. With a proper background and position they grab users’ attention just like a gripping horror story.

Ghost buttons take up a great amount of screen dominance capturing the visitor’s gaze. So they are used mainly on landing page-style sites to get a sure short “call to action” response. They are widely used in websites employing minimalist design and are more likely featured on prominent positions on specific pages. Smartphone operating systems like iOS and Androids make generous use of ghost buttons in their UI design. They are best suited for websites and applications that use wide-scale photographic background. They are larger than the normal buttons but never obstruct the screen area behind them. That adds to the ‘ghostly’ beauty of it.

And in business websites? Why not? Though they are the most popular designs, business websites have to be prudent and flamboyant features must be avoided. Ghost buttons make room for professional and definitive call to action with their unobtrusive appeal.

Ghost buttons are in vogue now with web designers, as they have a very basic design and can be easily marked up through a style sheet. That apart, there are many goodies ready to be explored:

Ghost buttons can elevate your site to a higher level if applied correctly. A good background, decent animation effects, and perfect positioning are key points to be kept in mind. Who knows? These ‘ghosts’ can improve your conversion rates and maybe boost your sales! 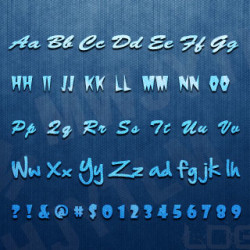 3 Essentials You Must Know About Responsive Typography
25 Jun 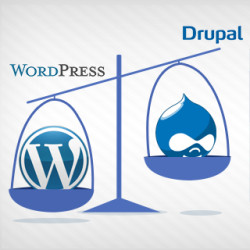 The Compelling Question: Is WordPress Better Than Drupal?
31 Jul